Getting everything properly connected can seem overwhelming. Especially with stormwater versus wastewater connections. But by adhering to these basic guidelines, you’ll be on the right track. LWD maintains the wastewater (sewer) side that you see in the image.

Please contact your local city for stormwater needs or questions. 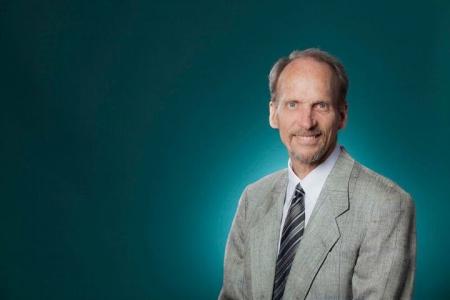 Congrats on your retirement, Richard! 🎉

Richard A. Duffey has served the Leucadia Wastewater District (LWD) with distinction for over 24 years, and retired earlier this month. Richard began his service at LWD in July 1998 as the Financial Consultant and became the full-time Administrative Services Manager in January 2016.

He has played an integral role in the District's many successes during his tenure including many clean financial audits and numerous financial awards all of which have contributed heavily to the District's excellent financial position.

During the Leucadia Pump Station Rehabilitation Project, OMWD assisted the District by opening a large valve that could not be opened manually, with their specialized truck that includes hydraulic valve-turning equipment. Since the District does not own this type truck or has trained staff to operate this type of equipment, we reached out to OMWD to assist us and they successfully opened the valve.

The Bureau of Reclamation​ has announced that the Leucadia Wastewater District and North San Diego Water Reuse Coalition partners were awarded over $6.1 million in federal funding to improve local water supply reliability💦 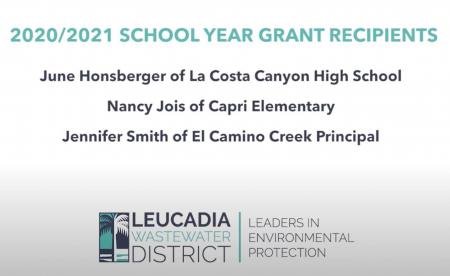 Schools from both the Encinitas Union School District and San Dieguito Union High School District have been awarded LWD grants that have helped them take steps toward more sustainable practices on campus while educating thousands of local students.

Please find the application with instructions at this link: https://bit.ly/3hf4wcw

One of your photos could be featured on the homepage of our updated website or our Facebook page. We love seeing our community through your eyes so please continue to submit your favorite pictures from Encinitas, Leucadia, and South Carlsbad by tagging a photo
on Facebook with #LWDPhoto or send an email to info@lwwd.org. We will give recognition to any photo we use in any of our postings or newsletters.

Thanks to local resident Tom Caskey for this stunning shot from Moonlight Beach in Encinitas.

Help us see the community through your eyes by tagging your photos with #LWDPhoto or by emailing them to info@lwwd.org. We can't wait to share!